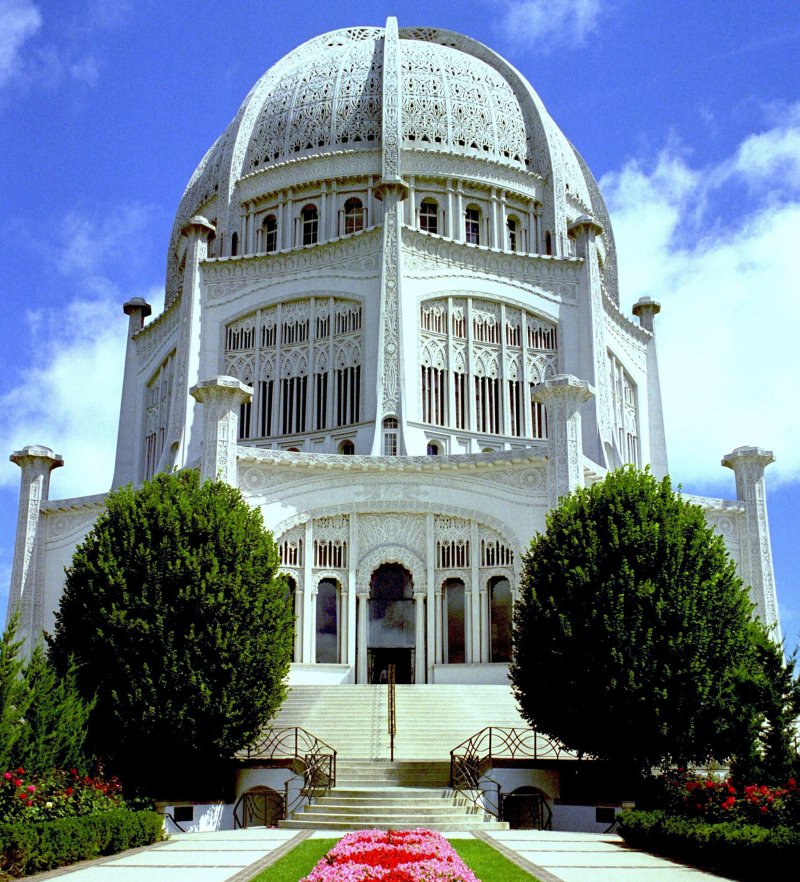 The message of Bahá’u’lláh is intended for all mankind and the Bahá’í Houses of Worship on the five continents of the world are intended to herald the central principle of Bahá’u’lláh’s revelation: the Oneness of Mankind.

Like placeholders thoughtfully located on the five continents of the world, the six Bahá’í temples stand as beacons into a future where the nations of the world will have recognized the ties that bind them and replaced division and rivalry with unity. All of these temples are nine-sided with entries on each of the nine sides. Bahá’ís see these entrances as symbols of the welcoming attitude toward all the peoples of the Major Religions of the world destined in the future to acknowledge their fundamental similarities and abandon the religious rivalry and enmity that have hitherto been the cause of so much strife, bloodshed, and division on earth.

Construction will soon start on another Bahá’í Temple in Chile bringing the number to Seven.