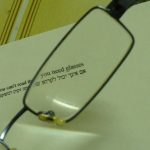 Breaking through the barriers

We live in an “open” culture but often our everyday lives offer very few opportunities to converse openly with others about some of life’s most important issues.   The Bahá’í Communities in Thurston County sponsor events where you can meet new friends and openly express and discuss your views about life, religion, and spiritual questions in an educational and supportive atmosphere of acceptance and freedom of belief. Of course, Bahá’ís do have convictions but one of the fundamental tenets of the Bahá’í Faith is independent investigation of Truth. The Bahá’í Teachings affirm the responsibility of all human beings to see through their “own eyes and not through the eyes of others.”   What Bahá’ís generally have in common is that they have investigated the Bahá’í Teachings -and religious truth in general – on their own. So a Bahá’í is an ordinary person who has taken this important step of investigating truth for oneself; putting aside traditions handed down from forbears.

Most Bahá’í events – here in Thurston County as elsewhere – are open events where everyone is welcome. They are often intended to be both social and educational.   Some of these events are:

What is a Bahá’í?

Careful investigation of Bahá’u’lláh’s teachings and claims leads many people to believe that His Laws are in fact that “code” of life that they have been seeking all their lives, that His teachings are urgently needed in their individual lives, and that his claim to be the Promised One of all ages is true. So a person becomes a Bahá’í by independently recognizing Bahá’u’lláh as the Messenger of God for this age and accepting His laws, teachings and administrative institutions.

…in every age, the reading of the scriptures and holy books is for no other purpose except to enable the reader to apprehend their meaning and unravel their innermost mysteries. Otherwise reading, without understanding, is of no abiding profit unto man.